A Brief Introduction to Bicycle Touring

Cycle touring is one of the most enjoyable and rewarding aspects of cycling. There is nothing good like getting on your bike and just going out to ride for a few days or so. Not only will European cycling tours heighten your sense of independence and adventure, but it also opens up a range of possibilities for vacations and weekend getaways.

There are Three types of Bike Touring which are summarised as follows:

With this type of bike touring, an organised group is supported by a biking organiser whereby everything is taken care of by the organiser. From coming up with a biking route, transport, arrangements accommodations and meals, first aid service etc. The bikes don’t need to be loaded by any baggage as the biking organiser company can take care of that and follow the cyclists with everything that they might need along the way.

In this kind of bike touring, the cyclists have to carry everything that they need to be self-sufficient. It includes parts and tools for emergency repairs, clothing and cycling gear, food, tent, and camping equipment. The cyclists in this touring prepare their food and camp out. The cycles are heavily loaded, and this is the least expensive type of bike touring. With this kind of cycling tour, there is no need to travel with an organised group.

In this type of bike touring, the cyclists only carry essentials like clothing and a few basics for emergency repair. Also, many cyclists need to take credit cards to eat at restaurants and stay in hotels. The baggage is kept to the minimum, and so the bikes will not feel the heavy load. In this type of tour, there is no to be in an organised group, and the cyclists can control the costs by deciding when to dine and also where to seek accommodations. 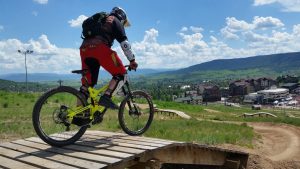 Of the three types of bike touring, the lightweight bike touring is the best for people who are new to cycling tours. It is not as demanding as fully loaded cycling tour and unlike the organised bike touring, it allows the cyclists to set their own pace, pick destinations and also control their spending.

If you are a seasoned cyclist and you would love to go on a cycling holiday, consider going for European cycling tours. However, with this type of cycling tour, you need to go as an organised group and that is why you should look for a bike tour organiser company. With a cycling tour organiser, everything will be taken care of for you and all you can worry about is pedalling your bike. If you would wish to go for such a cycling tour, just ensure that you book ahead of time so that you can have enough time to prepare.